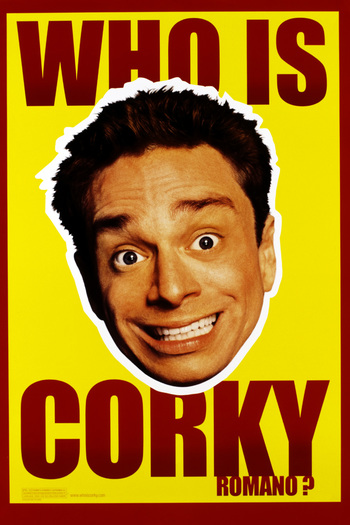 Corky Romano is 2001 comedy directed by Rob Pritts and starring Chris Kattan as the title character, a veterinary assistant who finds out that his father—who cast him out after his mother died—is a mob boss. Since his connections to the family are severed, Pops Romano (Peter Falk) has Corky infiltrate the FBI to find out what they have on him.