Film / Cop on a Mission 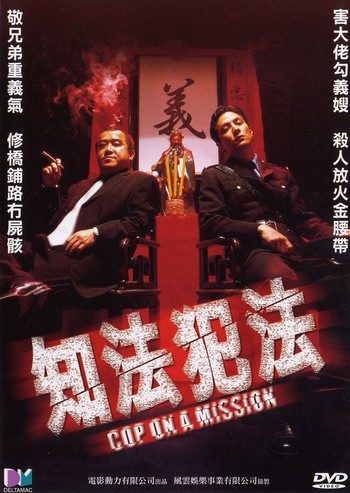 How far would you go for power?
Advertisement:

Cop on a Mission is a 2001 Hong Kong crime thriller starring Daniel Wu.

Mike (Wu) is a trigger-happy cop suspended during a duty for pulling his gun in public and killing two robbers. Temporarily out of a job, Mike ends up stumbling into a deal between triad Boss, Yum King Tin, and fell in love with Boss Yum's wife Pauline. One incident leads to another and eventually Mike ends up working on both sides, as a cop and as an informant for Boss Yum, and as he starts climbing in the ranks of the mob, Mike starts becoming greedy for more...