Everything Is an iPod in the Future 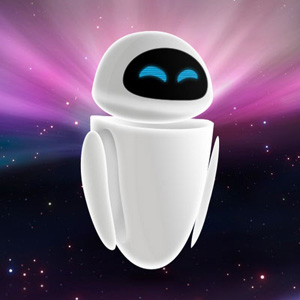 Mac OS background may or may not be included.
"These keys say the Padré drove a Mercedes, or at least that's what they're passing off for a Mercedes these days. Modern cars, they all look like electric shavers."
— Marv, Sin City
Advertisement:

As The Aesthetics of Technology change, our vision of the future does, too. Raygun Gothic gave way to Crystal Spires and Togas, in turn supplanted by Cassette Futurism, Used Future, and Cyberpunk (and then all kinds of Punk Punk). At the time of this writing, the most common style for the future is a mix of all of the foregoing, plus... well, the iPod (or the iPhone, or iPad, or any iOS).

This is on the shiny end of Sliding Scale of Shiny Versus Gritty.

Compare Crystal Spires and Togas. Contrast Raygun Gothic, which is its opposite in a number of ways, and Cassette Futurism, which could be thought of as "Everything Is A Walkman In The Future". See also Holographic Terminal and Ascetic Aesthetic. For when everything (in the future or otherwise) is actually made by Apple, see Everyone Owns a Mac, as well as iPhony for direct parodies of Apple products.