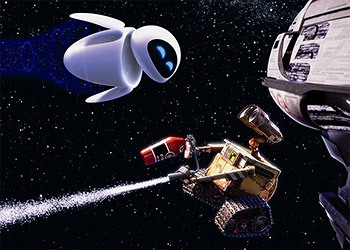 CDR Lewis: I can't see you having any control if you did that. You'd be eyeballing the intercept using a thrust vector you can barely control.
Watney: Yes, yes, those are all very good points. But... consider this: I'd get to fly around like Iron Man.
— The Martian, on Watney's idea to puncture his EVA suit's glove
Advertisement:

A form of MacGyvering where the hero creates thrust to push themselves through the microgravity of space with something other than a designated-purpose thruster. Of course, since there's no air resistance in the vacuum of space, almost anything will do. Thank you, Newton's Third Law!

One common version is to use your airtanks for this, which has bonus dramatic possibilities, because if it doesn't work, you now have less air than when you started.