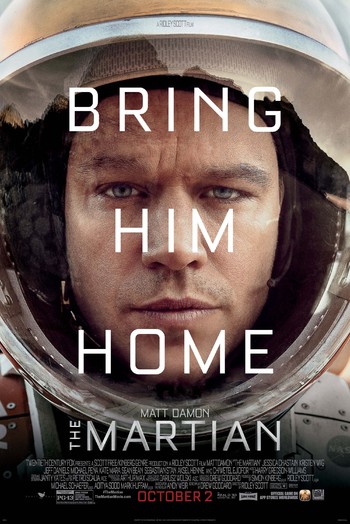 Help is only 140 million miles away.
"In the face of overwhelming odds, I'm left with only one option: I'm gonna have to science the shit out of this."
— Mark Watney
Advertisement:

The Martian is a science-fiction film based on Andrew Weir's novel of the same name. Set in the year 2035, the film follows astronaut Mark Watney (Matt Damon) in his efforts to survive alone on Mars after his crewmates were forced to abandon the mission site believing him dead. Upon learning that Mark is alive, the crew takes a major risk heading back to Mars to rescue him.

The film, directed by Ridley Scott and starring Matt Damon, was released in October 2015. Official trailers for the movie can be found here

The Martian provides examples of: