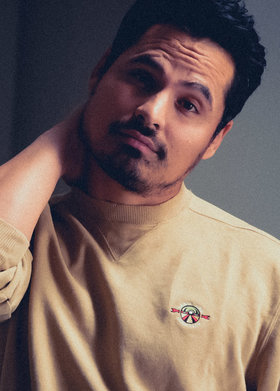 Michael Anthony Peña (born January 13, 1976 in Chicago, Illinois) is an American actor and musician known for his many roles in film and television, originally breaking out in Hollywood for his parts in Million Dollar Baby and Crash. He's also a founding member of the band Nico Vega, which he left in 2007 to focus on his acting career.

This trope page is super legi~it.