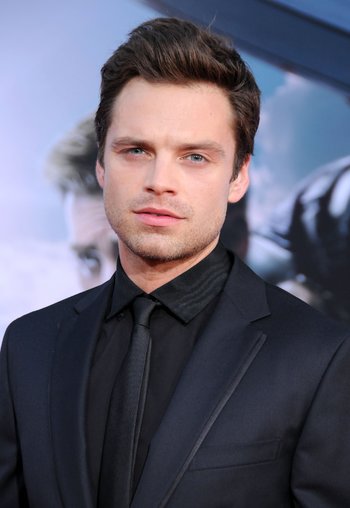 Who the hell is Bucky?
Advertisement:

He moved from his native Constanța, Romania, to Vienna, Austria at the age of 8, and from there to New York, USA at the age of 12. Starting out in with roles in Gossip Girl and cult-movie The Covenant, Stan is nowadays best known for his role as Bucky Barnes in the Marvel Cinematic Universe.