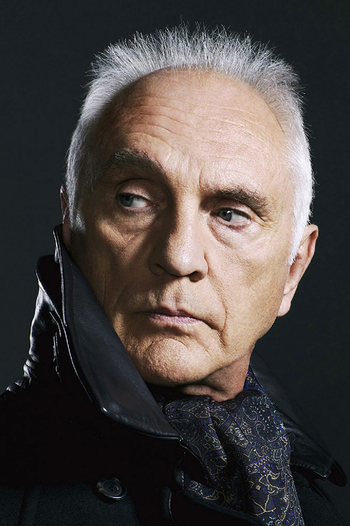 Terence Henry Stamp (born 22 July 1938) is an English actor, best known to many for his role as General Zod in Superman: The Movie and Superman II. Unlike Alec Guinness's disappointment with being best known for playing Obi-Wan Kenobi in the Star Wars franchise, Stamp was forever grateful he got to play such a role in a seminal science fiction series, considering it gave his career a boost at a time when it was most needed.note Ironically, Stamp's own Star Wars role is one he has expressed his dislike for.

Stamp was born in London's Stepney district, and spent his early years in the East End. When his family moved to Plaistow, West Ham, he attended Plaistow County Grammar School. He grew up idolizing Gary Cooper, and was inspired by James Dean.

He received an Academy Award nomination for Best Supporting Actor for his very first film role, as the title character in Billy Budd.

Example of:
Kneel Before Zod