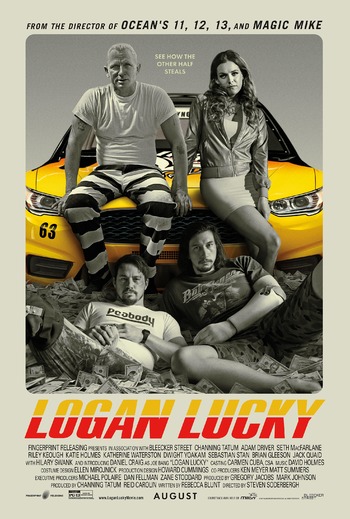 "You Logans must be as simple-minded as people say."
Advertisement:

Trying to reverse a family curse, Jimmy Logan (Tatum) sets out to execute an elaborate robbery at Charlotte Motor Speedway in Concord, North Carolina, with the help of his brother Clyde (Driver) and his sister Mellie (Keough). Circumstances force them to schedule it during the Coca-Cola 600

NASCAR race, during Memorial Day weekend, with huge crowds attending. To pull it off, they have to break Joseph "Joe" Bang (Craig), an explosives and safe-breaking specialist, out of prison, and recruit Joe's redneck brothers, Sam (Gleeson) and Fish (Quaid).