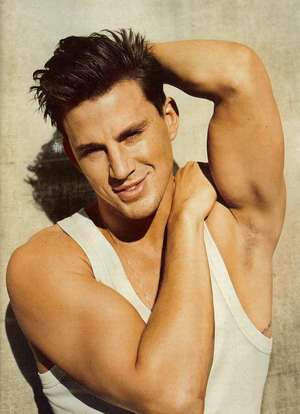 "Remember me? I'm your best nightm--I'm your worst nightmare."
Advertisement:

Originally growing to prominence with the dance film Step Up, he's since made a name for himself in movies of all genres: Romance (Dear John, The Vow), Comedy (21 Jump Street series, She's the Man, Logan Lucky), Action (G.I. Joe series, The Eagle (2011), White House Down, Jupiter Ascending), and Drama (Side Effects, Foxcatcher). The Magic Mike series —inspired by his time as an exotic dancer— probably brought his career full circle.