Film / This Is the End 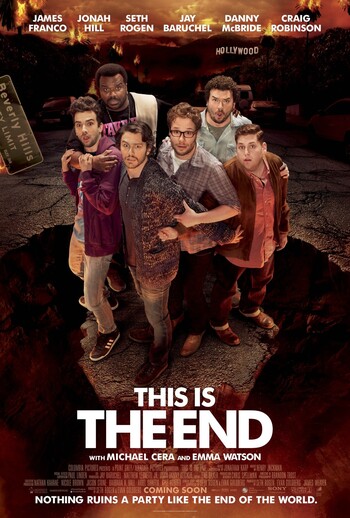 "So something... not that chill happened last night."
— Jonah Hill
Advertisement:

This Is the End is 2013 black comedy/action film directed by Evan Goldberg and Seth Rogen, and written by Rogen, Goldberg and Jason Stone. The film stars Rogen, James Franco, Jonah Hill, Jay Baruchel, Danny McBride, and Craig Robinson as fictionalized versions of themselves dealing with the aftermath of a global apocalypse.

Not to be confused with The World's End, another 2013 comedy about The End of the World as We Know It.