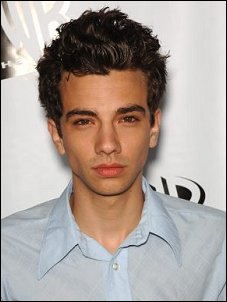 He is so Canadian, he even has a tattoo of a maple leaf. You might recognize his face as Kirk in She's Out of My League, Jay in Knocked Up, Steven in Undeclared, Kevin in Tropic Thunder, Leon in The Trotsky, Victor in Good Neighbors, or Dave in The Sorcerer's Apprentice, and his voice as Hiccup in How to Train Your Dragon.

In case you are interested: He is agnostic, supports the Montreal Canadiens, is 6 feet tall, and his last name is pronounced with a soft sh- sound like shell (so it's "Baru-shell," not "Baru-kel" or "Baru-chell").