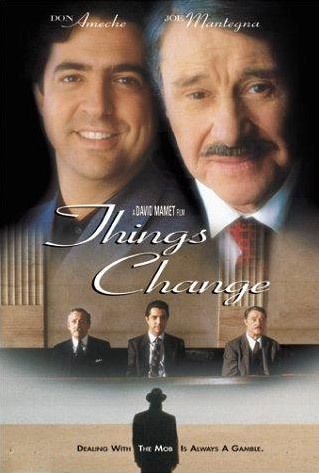 Things Change is a 1988 American film written by Shel Silverstein and directed by David Mamet. It stars Don Ameche, as a simple cobbler who has volunteered to take the fall for a mob murder, and Joe Mantegna, as the low-level gangster assigned to babysit him before the trial. Together they take a trip to Lake Tahoe as a last hurrah and get into a variety of adventures when the cobbler is mistaken for a powerful mob boss.