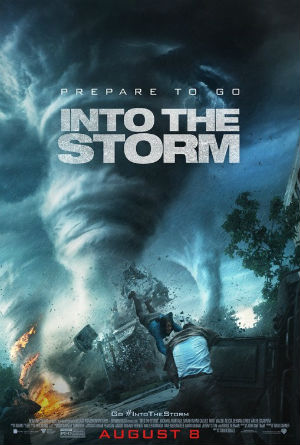 Into the Storm is a 2014 American found footage disaster film directed by Steven Quale and starring Richard Armitage, Sarah Wayne Callies, Nathan Kress and Matt Walsh. The film was released on August 8, 2014.

Not to be confused with the TV Winston Churchill biopic.

Into the Storm provides examples of: