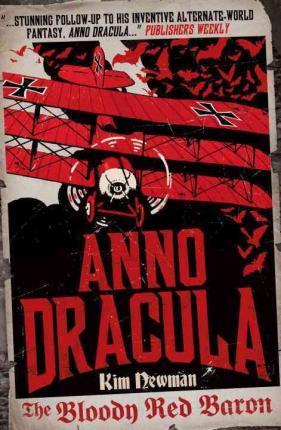 The Bloody Red Baron is the second novel in the Anno Dracula series by Kim Newman, set in an Alternate History where Dracula's successful invasion of England led to vampires coming out of the shadows.

In this novel, it's 1918 and World War I is in full swing. Dracula, having been driven out of England, is allied with the Central Powers, but there are vampires fighting on both sides of the conflict (and others hanging around on the sidelines taking whatever advantage they can).