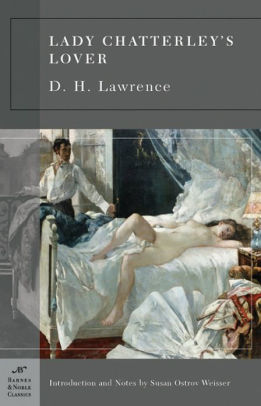 Lady Chatterley's Lover is a 1928 novel by D. H. Lawrence, about a young married woman, Constance (Lady Chatterley) whose upper-class husband has been paralyzed and rendered impotent during World War I. With his blessing, she starts an affair with the gamekeeper, Oliver Mellors.

Due to its graphic sexual content, the novel created a great deal of controversy. In several countries, it was banned or heavily censored. The free release of Lady Chatterley's Lover was considered to be an important milestone of the sexual revolution of The '60s.

The book has been adapted several times for film and television, most recently in 2015. Danielle Darrieux played Connie in the 1955 version, Sylvia Kristel in 1981, Joely Richardson in 1993 (opposite Sean Bean as Oliver Mellors), Marina Hands in a 2006 French production, and Holliday Grainger (opposite Richard Madden) in 2015. Another adaptation is in the works, starring Emma Corrin as Connie and Jack O'Connell as Mellors.