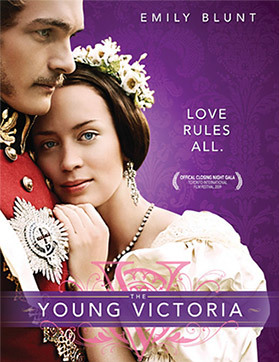 Before she was the Grandmother of Europe.
Advertisement:

This is basically the Spinoff Babies trope applied to real people. The idea is to take Historical Domain Characters and depict them in their youth. It can be played for laughs—implying that people we normally think of as reserved, stoic, or even evil were once young and reckless themselves. (Or the opposite, where they are shown to possess the same traits and interests that later made them famous, even if realistically these would have come much later.) Of course, it may also be played straight.

If the person lived long enough ago that details of their adolescence or youth are obscure or even non-existent, then this trope may be used as an excuse to ground an entirely fictional story in reality. Sometimes these characters are the leading characters, other times they may only serve as a fictional cameo or a Shout-Out to a Historical In-Joke.

For the benefit of the audience, Young Future Famous People who are known to history by their Stage Name are often called that in such appearances in fiction, even if they are being depicted at a point in their lives before they had adopted such names. For example, a child Archibald Leach, better known to history as Cary Grant, or, as noted in the examples below, young Gladys Smith being called by her adult professional name, Mary Pickford.

A Sub-Trope of Historical Domain Character.

A Sister Trope to In the Past, Everyone Will Be Famous, Direct Line to the Author (can overlap when a minor character in a movie turns out to be the author of the book the movie is based on).

If it's a young actor who later becomes famous, it's Retroactive Recognition.

See Jesus: The Early Years for a specific subtrope.