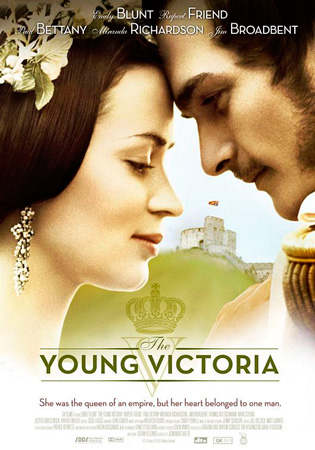 The Young Victoria tells the story of Queen Victoria (Emily Blunt)'s early years, beginning with her isolated childhood with her mother, the Duchess of Kent, and her tyrannical aide John Conroy; her headstrong reactions to the attempts of her mother, her uncles King William IV of the UK and King Leopold of Belgium, and her prime minister, Lord Melbourne, to control her; and the beginning of her lifelong romance with her cousin and future husband, Prince Albert of Saxe-Coburg-Gotha. The screenplay is by Julian Fellowes, creator of Downton Abbey.