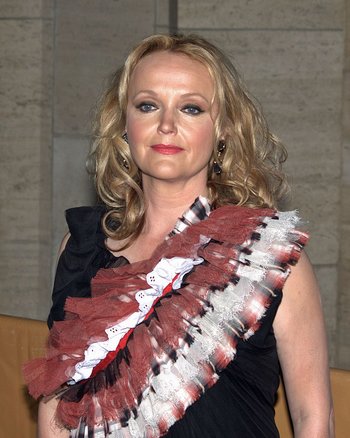 She received Oscar nominations for her performances in Damage and Tom & Viv. Her other films include The Crying Game, Sleepy Hollow (1999), Chicken Run, The Hours, Harry Potter and the Goblet of Fire and The Young Victoria. She is also known for playing a comedic version of Elizabeth I on Blackadder.

Not related to fellow British actors Natasha Richardson and Joely Richardson (who are from the Redgrave family).