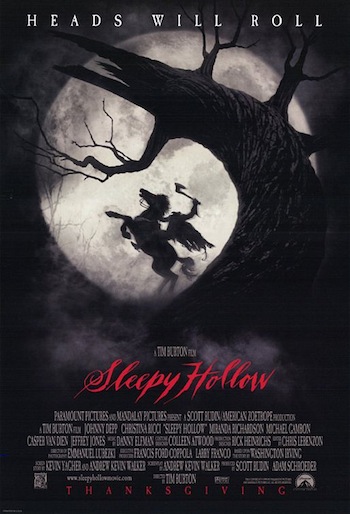 Has no relation to the TV show Sleepy Hollow, aside from sharing source material.

Lady Van Tassel's fate with the Hessian at the end of the movie.

Example of:
Dragged Off to Hell

Lady Van Tassel's fate with the Hessian at the end of the movie.