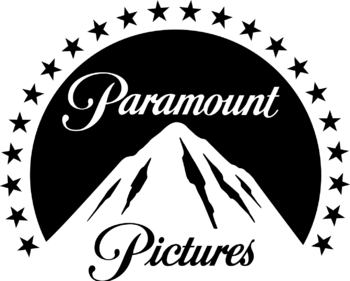 is an American film production and distribution company. Founded in 1912 and currently owned by media conglomerate Paramount Global, it is the second-oldest existing American film studio (after Universal); Paramount is also the last major film studio still based in the Hollywood district of Los Angeles. (Universal is in Universal City, which if incorporated into L.A. would become North Hollywood).

Paramount has been consistently ranked as one of the top-grossing movie studios, but more recently it's had to stage a comeback as one of the backbones of Hollywood, a status it's held since the Golden Age as one of the original "Big Five." Paramount's currently trying to retain its position in the modern "Big Five"note The other four are Universal, Warner Bros., Columbia Pictures, and Disney. against the rise of young Turk Lionsgate. Its Vanity Plate is the Mountain (with an arc of 22 equilateral stars).

Paramount's film library consists of most of its surviving silent films still under copyright, a portion of sound films from 1929 to 1949, and almost all films produced from 1949 onward. It also owns most of its cartoon catalog created by Famous Studios prior to 1950, which it actually reacquired when Viacom bought Republic Pictures, although a majority of these cartoons have become public domain. Paramount sold a large majority of its 1929-1949 sound films to talent agency MCA in 1958 for $50 million, wanting to leave out space in their archives for newer, more valuable films (this library is now owned by Universal). Additionally, it sold the Popeye series of shorts to Associated Artists Productions in 1956 (these are currently owned by Warner Bros. Animation in conjunction with Turner Entertainment), and did the same with most of its original Famous Studios characters, such as Casper the Friendly Ghost, Herman and Katnip, and Baby Huey to Harvey Comics three years later, along with every other cartoon produced from October 1950 to March 1962 (Universal also owns these cartoons, via DreamWorks Classics). All cartoons after that month never left Paramount.

In 1966, Paramount, on the brink of collapse due to major Box Office Bombs and aged leadership, was acquired by Gulf+Western Industries, a large diversified conglomerate with interests in many different areas; in turn, they acquired Desilu Studios the following year to bolster Paramount's television holdings. Gulf+Western proceeded to turn Paramount around, revitalizing the studio with a string of great films. In The '70s, the Desliu deal included getting a surprise bonus from that acquisition with the seemly failed Space Opera property, Star Trek, exploding into a Cult Classic which was well positioned to take advantage of the 1977 blockbuster sensation, Star Wars, making Science Fiction a bigtime film genre to become the studio's signature popular franchise. During The '80s, Gulf+Western would divest itself of many of its non-entertainment subsidiaries, focusing on the studio and related media properties, before renaming itself Paramount Communications, Inc. in 1989. Viacom would buy Paramount in 1994, 1999 saw the absorption of sister firm Republic Pictures, and in 2000 would add its own former parent, CBS, to its family. On December 31, 2005, Viacom and CBS split into two separate companies, which affected Paramount's assets: Paramount Pictures Corporation went with the newly-formed Viacom Inc., while Paramount Television stayed with the original company, now renamed CBS Corporation, and folded into CBS Television Productions. In 2013, Paramount Pictures re-launched the Paramount Television brand as a production house with a focus on shows based on Paramount films.

Formerly the distributor of all of DreamWorks Pictures' releases; it parted ways with the main DreamWorks studio in 2008 and DreamWorks Animation in 2012. The majority of live-action films released between 2011 and 2016 are currently distributed by Disney via Touchstone Pictures, and the animated releases are currently handled by Universal, who purchased DWA in 2016. Paramount retains the live-action films released from the studio's inception up until 2010, as well as sequel rights to this catalog. The company was also the distributor of four of the first five films of the Marvel Cinematic Universe as part of a contract with Marvel Studiosnote the lone exception being The Incredible Hulk, which was distributed by Universal (who stil retains the rights); Disney now owns the rights to those films as well.

In 2014, Paramount became the first studio to drop 35-millimeter film and distribute its releases exclusively on digital format.

A year later however, they reversed this decision.

Since at least 2011, the studio has gone through its most difficult period since the aftermath of the Paramount case, with the majority of its releases either garnering mediocre-to-negative reception or flopping massively at the box office. The period has seen the aforementioned departures of DreamWorks Animation and Marvel Studios, many of their IP-driven fare, most notably the Transformers film series, under-performing with each film, and turmoil at Viacom nearly leading to a sale of Paramount in 2016. By 2017, the studio had fallen behind Lionsgate, a mini-major, in terms of box office market share. In the wake of the COVID-19 Pandemic, Paramount sold numerous 2020 titles (including The Trial of the Chicago 7 and Coming 2 America) to streaming services to keep afloat. By then, it was ranked dead last among major studios in box office share for eight years straight.

In 2019, the first act done by their new parent company, ViacomCBS (which changed its name to Paramount Global, simply branded "Paramount", in 2022), was the acquisition of 49% of Miramax from beIN Media Group. Paramount will gain worldwide distribution rights to the studio's 700-plus films, along with bringing some of Paramount's titles, like No Country for Old Men and There Will Be Blood, back under one roof.

In 2021, Paramount converted CBS All Access into a new streaming service, Paramount+. They also worked out a deal with ePix, who handles first-run cable/streaming distribution of Paramount films through 2023, that would allow the studio to launch some of its new releases on Paramount+ 45 days after theatrical release. 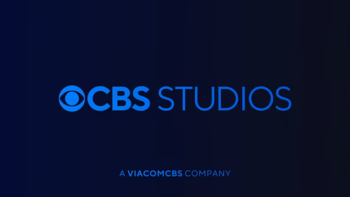 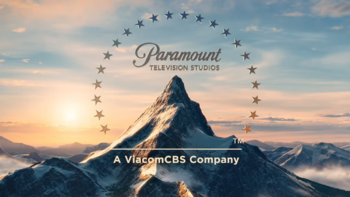