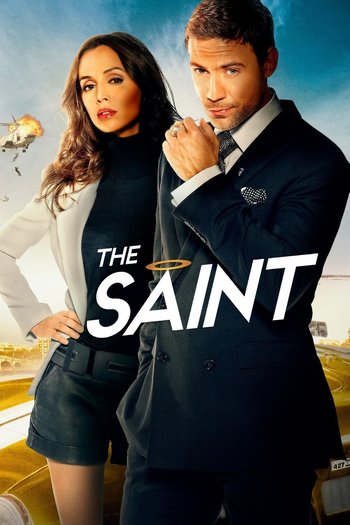 The Saint is a 2017 espionage thriller Made-for-TV Movie directed by Ernie Barbarash, based on the character of Simon Templar created by Leslie Charteris. Adam Rayner stars in the title role, with Eliza Dushku appearing as Patricia Holm. This was Sir Roger Moore's final appearance in any media, and the film is dedicated to his memory.

An international master thief, Simon Templar, also known as The Saint, is asked by a desperate rich man to find his kidnapped daughter. However, in addition to evading the authorities, Simon must face a dangerous adversary from his past.