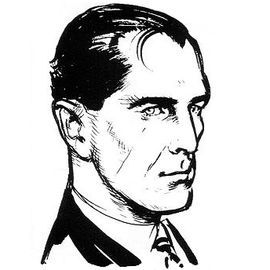 Before 007 toted his Walther PPK on the silver screen, he was featured in a series of novels by Ian Fleming. The character first appeared in the novel Casino Royale (1953).

The Bond of the books is a much different character than the one in the films, which often parodied or even disregarded their sources. Given that Fleming was born in 1908, and wrote the novels in the 1950s and 1960s, his books do not always display the kindest attitudes with regard to sex, race, and imperialism.

Since Fleming died, other authors have continued the series. These authors include Kingsley Amis (under the pseudonym Robert Markham), John Gardner, Raymond Benson, Sebastian Faulks, Jeffery Deaver, William Boyd and Anthony Horowitz. There is also a series about a Young James Bond and one about Moneypenny, called The Moneypenny Diaries.

The BBC have also adapted a number of the original Fleming novels into 90-minute radio dramas starring Toby Stephens as Bond and an all-star cast, which are more straightforward adaptations of the novels than the Eon Productions films. With the eighth adaptation, Live And Let Die in 2019, Stephens officially overtook Roger Moore as the most prolific Bond actor.

open/close all folders
Ian Fleming
The original novels and short stories by Ian Fleming. Ones marked with a cross have been adapted for radio:
Kingsley Amis
Advertisement:
John Gardner
Raymond Benson
One Shots
Anthony Horowitz
Film Novelizations
Spin-Offs and Other