Literature / For Your Eyes Only 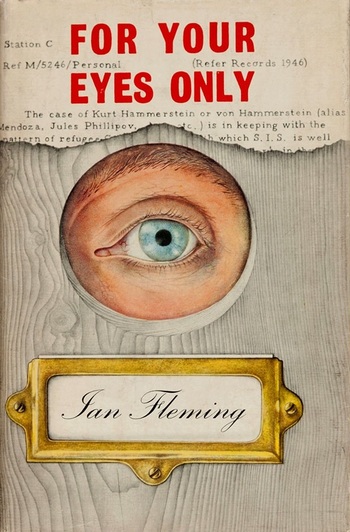 The eighth James Bond book by Ian Fleming, and the first one to be a collection of short stories. First published in 1960.

The second and the fourth story were turned into the twelfth James Bond film. Only the names of the first and the third story made their way to the films fourteen and twenty-two, and elements of the last one were implemented to the sixteenth.

"For Your Eyes Only"