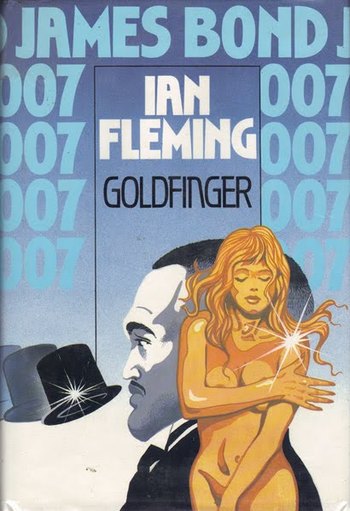 The seventh James Bond novel by Ian Fleming, published in 1959.

Returning to London following a rather unpleasant mission of destroying a drug business in Mexico, Bond finds himself stuck in Miami for a day due to a cancelled flight. By chance, he meets an old acquaintance named Junius Du Pont, and through him he also meets Auric Goldfinger, the richest man in England. When he eventually returns back home, he learns that Goldfinger is on SMERSH's payroll and is tasked to get him arrested and his gold confiscated.

The novel became the basis for the third James Bond film. One of the continuation novels, Trigger Mortis by Anthony Horowitz, takes place immediately after this one.