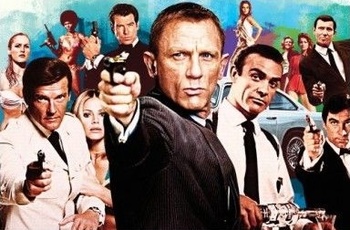 Character index for the James Bond franchise (the film series, most prominently).

Character-specific pages for the novels and Eon Productions film series:

Entry-specific character pages for the Eon Productions film series (and some novels):