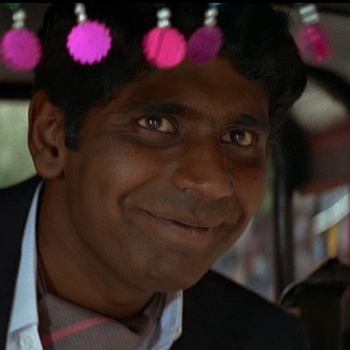 "No problem, this is a company car!"
Played by: Vijay Amritraj

A MI6 operative and ally of Bond in India. While Sadruddin is knowledgeable, it is Vijay who is the field agent and provides the most assistance to Bond.

When Bond arrives in India, Vijay takes him to his boss - Sadruddin, who then escorts Bond to his hotel, pointing out Kamal Khan's palace on the way. He appears in a couple of other scenes throughout the early parts of the film. The first is when he watches Kamal Khan playing backgammon, and then later at Q’s laboratory where he informs Bond about Octopussy's floating palace. Working as head of Station I, Sadruddin merely acts as a point of contact for Bond. 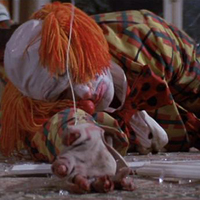 A 00 agent who investigated Orlov's jewels smuggling network in Octopussy's circus using a clown disguise. He was chased by Mischka and Grischka and fatally wounded by Grischka's throwing knife at the beginning of the film. Had just enough time to bring a stolen Fabergé egg to the British ambassador in West Berlin before succumbing, kicking off the plot. 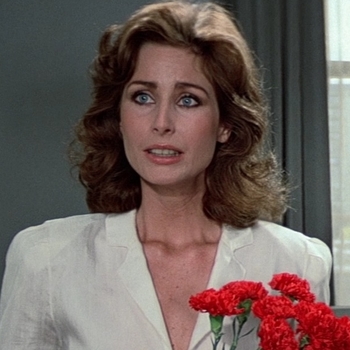 A MI-6 secretary and assistant to Moneypenny. 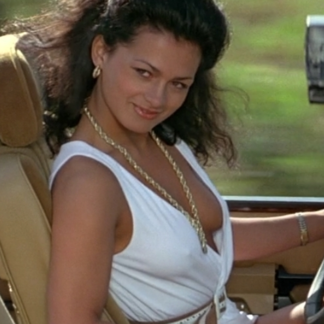 A MI-6 agent who aids Bond when he arrives to an unnamed Latin American country for a mission in the pre-credits sequence. She initially is there to provide Bond with a disguise (complete with a fake moustache), but when 007's cover is blown, she catches up with the paratrooper guards driving away with a captured Bond in her Jeep and flashes her bare thighs to distract them. Seizing the opportunity, Bond pulls the rip cords on the guards' parachute harnesses, ejecting them from the vehicle. Before Bond escapes in an Acrostar minijet hidden in the back of the Jeep's horse trailer, he kisses Bianca goodbye and says that he will meet her in Miami. 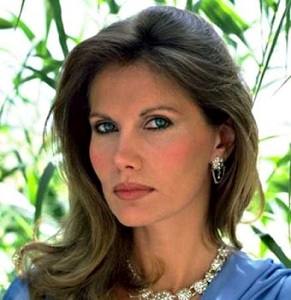 " I don't have a country, no price on my head. I don't have to answer to you, a paid assassin, for what I am."
Played by: Maud Adams

A mysterious woman living on an island near Delhi with her Amazon Brigade. She made her wealth in jewels smuggling. Kamal Khan manipulates her in order to smuggle jewels out of USSR and uses her circus to hide a nuclear bomb and detonate it once the circus gets close to a NATO base in West Germany. 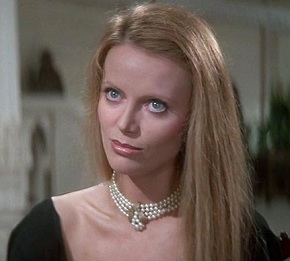 "He suggests a trade. The egg for your life."
Played by: Kristina Wayborn

Octopussy and Kamal Khan's main henchwoman and circus director. She helps Kamal Khan to retrieve the Fabergé egg but ends up fighting on Bond's side after the nuclear bomb disposal. 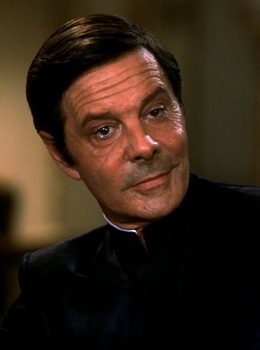 "You have a nasty habit of surviving."
Played by: Louis Jourdan

An Afghan prince who allied himself with Orlov and manipulates Octopussy for his scheme. 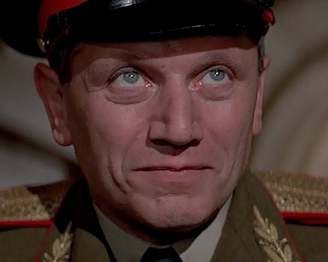 "The West is decadent and divided!"
Played by: Steven Berkoff

A mad Soviet general who wants to conquer Western Europe with the help of Kamal Khan. 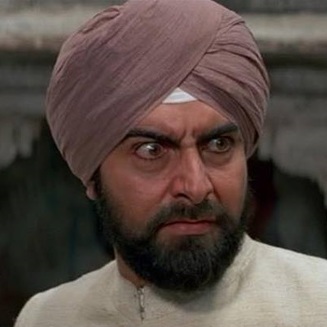 "The Englishman has escaped!"
Played by: Kabir Bedi 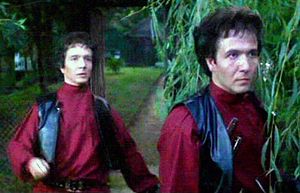 "And this...for my brother!"
Played by: David Meyer and Anthony Meyer

Kamal Khan and Orlov's Russian knife-throwing twin henchmen, who work undercover in Octopussy's circus. They killed 009 at the beginning of the film.