Characters / James and the Giant Peach 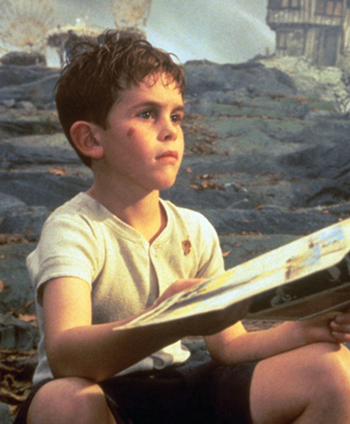 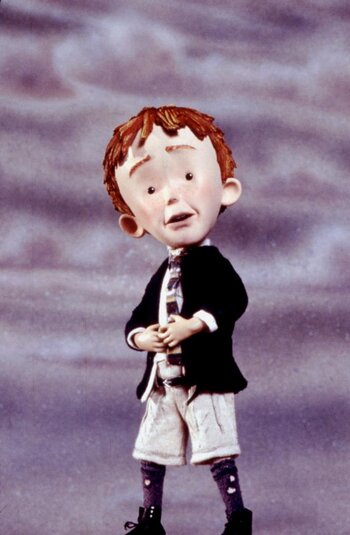 The protagonist of the story, a young boy who yearns to get away from his horrible life with his abusive aunts. 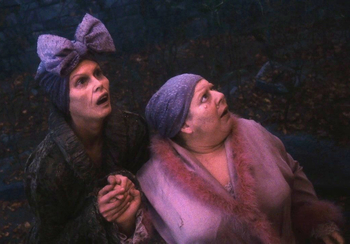 James' cruel and neglectful aunts who constantly nag him to do every last household chore and keep him cooped up in the household like a prisoner. In the book they're fairly minor yet important characters, in the film they act instead as the main antagonists as they survive the event that killed them in the book and go on to pursue James to get him and the peach back in their household. 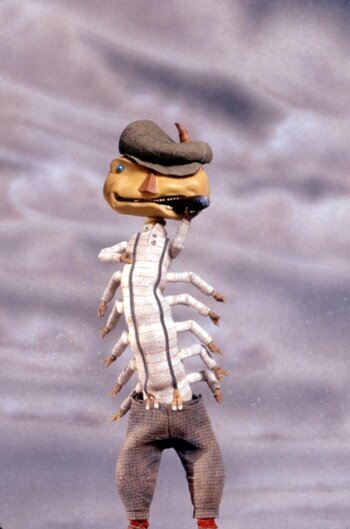 A member of the group of bugs that James befriends. He is self-centred and narcissistic, and takes longer to warm up to James than most of the others, but eventually accepts him into the surrogate family that has been formed in the end. 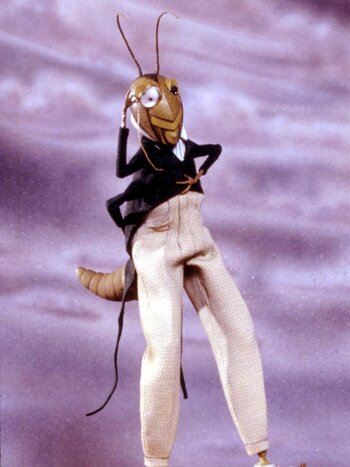 Voiced by: Simon Callow
An elderly grasshopper who makes music (actual music, not just grasshopper sounds) with his body. He is one of the wisest bugs.
Earthworm 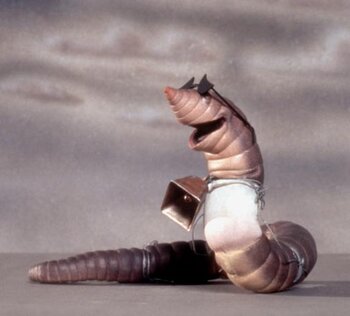 Voiced by: David Thewlis
A pessimistic, blind earthworm. He is the one who has the most rivalry with the centipede.
Ladybug 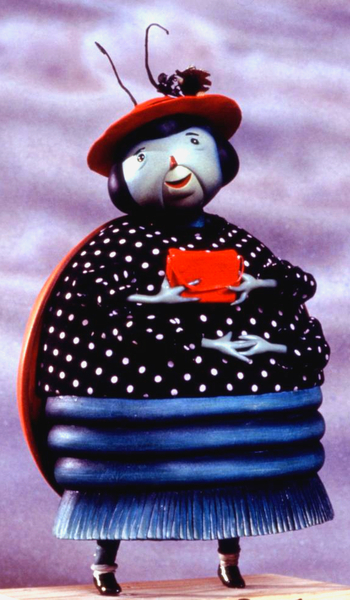 Voiced by: Jane Leeves
Another one of the big bugs. She is one of the friendlier bugs and doesn't tend to insult people like the Earthworm and Centipede do.
Miss Spider 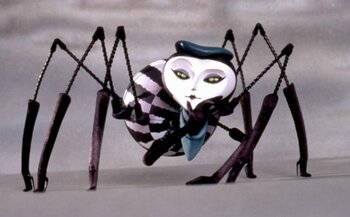 Voiced by: Susan Sarandon
The only bug with a real name, she is (as her name implies) a spider.
Advertisement:
Glow-worm 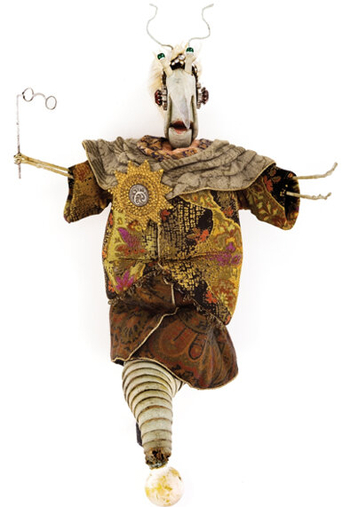 Voiced by: Miriam Margolyes
One of the bugs. She provides lighting for the peach's interior.
Silkworm
A sleepy silkworm who has the least dialogue. She doesn't feature in the movie.
Rhinoceros 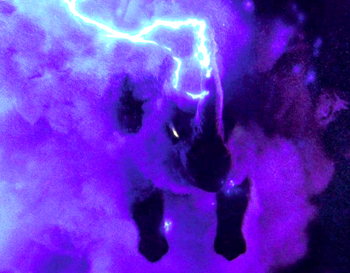 The rhinoceros that ate James's parents. In the movie, a smoke version of it appears inexplicably just before the peach reaches New York.
James' parents 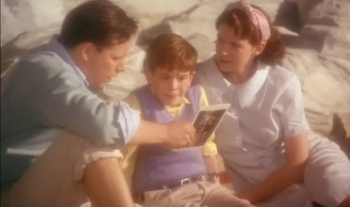 Played by: Steven Culp and Susan Turner-Cray
The parents of James, who unfortunately got eaten by the rhino.
Relatives of the Bugs
In the book, Miss Spider's uncle and grandmother are mentioned, as are the ladybug's four hundred children. The movie mentions that the Earthworm had a brother who was split in two. Now he has two half brothers.
Advertisement:
The Police
Several police officers that work in New York.
Cloud Men
Mysterious people made of clouds that work to make weather.
Seagulls and Sharks
A flock of seagulls that drive the peach along, and some sharks (there was only one in the movie) that tried unsuccessfully to eat the peach.
Mysterious Old Man 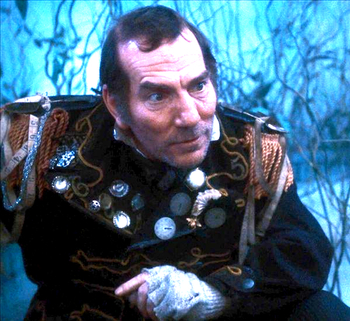 Played by: Pete Postlethwaite
The guy who gave James the crocodile tongue pills.