Characters / The Man with the Golden Gun

Main Character Index
Character sheet for the James Bond film The Man with the Golden Gun.
open/close all folders 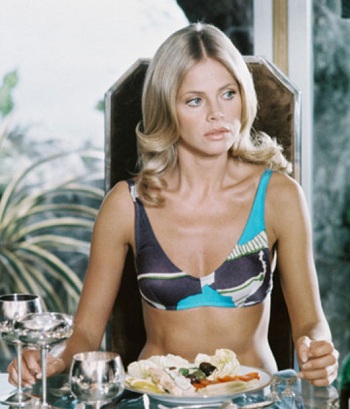 "Oh, darling, I'm tempted. But killing a few hours as one of your passing fancies isn't quite my scene."
Played by: Britt Ekland

A MI-6 field agent working in Macau who joins Bond (much to his dismay) to help in the Scaramanga case. She's James Bond's secretary in the Ian Fleming novels. Is an competent agent and important character in the books, but is considered to be a truly idiotic Bond Girl in the movie. 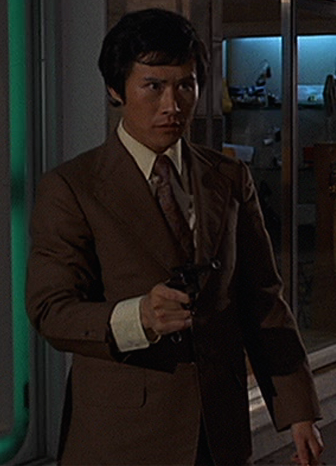 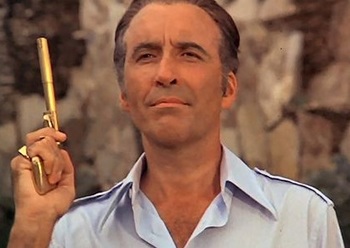 "A duel between titans... my golden gun against your Walther PPK."
Played by: Christopher Lee

A former Rio gunman who worked for the KGB before going freelance as a high profile assassin.

Christopher Lee found the role to be one of his favorites. Did we mention he was Ian Fleming's stepcousin? 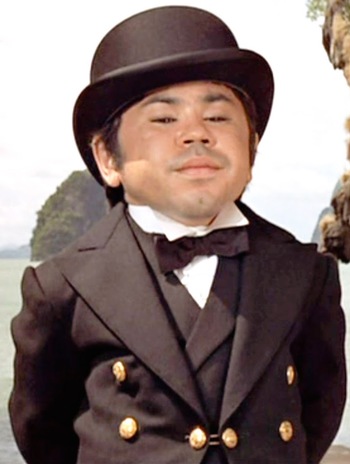 "I'll get you yet. And I'll enjoy everything you leave me."
Played by: Hervé Villechaize

Scaramanga's dwarf manservant. He has struck a deal with him, where he routinely hires killers to take his boss out as a part of his training, and Scaramanga has promised him everything if one were ever to succeed. 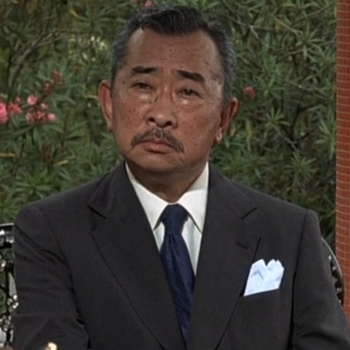 "May I remind you that you work for me? I took you on as a junior partner to be an occasional convenience, nothing more! I did not hire you to interfere in my affairs!"
Played by: Richard Loo

A Thai millionaire industrialist who hired Scaramanga to assassinate the inventor of the Solex Agitator and steal it. 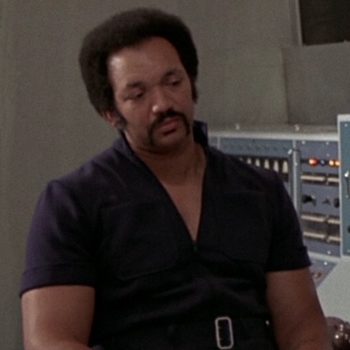 Scaramanga's maintenance and security officer, responsible for maintaining Scaramanga's solar energy station as well as the rest of his estate. 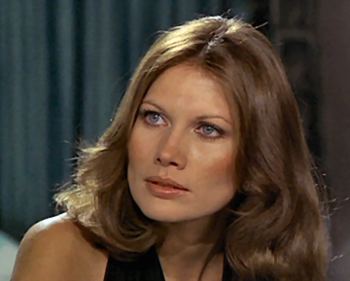 "I've dreamt about you setting me free..."
Played by: Maud Adams

Scaramanga's mistress. Adams described the role as "a woman without a lot of choices: she's under the influence of this very rich, strong man, and is fearing for her life most of the time; and when she actually rebels against him and defects is a major step."

"Mr. Bond, bullets do not kill. It is the finger that pulls the trigger."
Played by: Marne Maitland

A Portuguese artisan gunsmith based in Macau who manufactures golden bullets for Scaramanga. 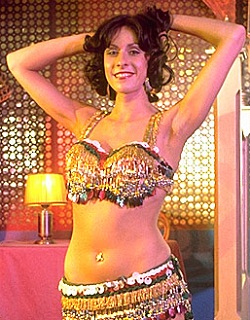 A Belly Dancer in Beirut, she was with Bill Fairbanks (002) the night he was shot by Scaramanga. She kept the damaged golden bullet as an amulet in her navel until Bond stole it during the brawl in her dressing room.