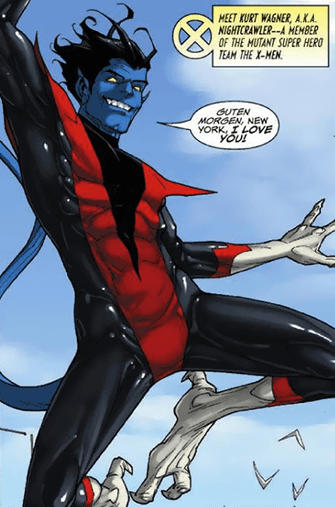 "Do ho ho! That slaps me on the knee!"
— The Heavy, Team Fortress 2
Advertisement:

Sometimes, when a language is spoken by a non-native speaker, their speech patterns feature traits that show that the speaker is a foreigner. This may include the use of words from the speaker's native language, or errors in their syntax.

The Trope Namer is Agatha Christie's Hercule Poirot, a Belgian detective who used this mode of speaking to lead suspects to think he's simply a Funny Foreigner.

Both this invoked form and the straight form can easily be Truth in Television — as anyone who has learned a second language will tell you, it is difficult to break the habit of applying syntax and awkwardly translating idioms from one's native tongue to other languages, particularly when learned later in life. Slipping into native tongue is also rather common for those who are not completely fluent with a foreign language, particularly when stressed. Any of these can be doubly true for someone who has a strong accent in their original language to begin with, especially if they take pride in it.

See You No Take Candle (and its subtrope Tonto Talk) for cases where foreigners consistently talk with very poor grammar and lack of vocabulary. See also Gratuitous Foreign Language and As Long as It Sounds Foreign, wherein nobody's supposed to understand any of the words. Compare and contrast Eloquent in My Native Tongue. Not to be confused with "Pirate Speak" written with a Funetik Aksent.