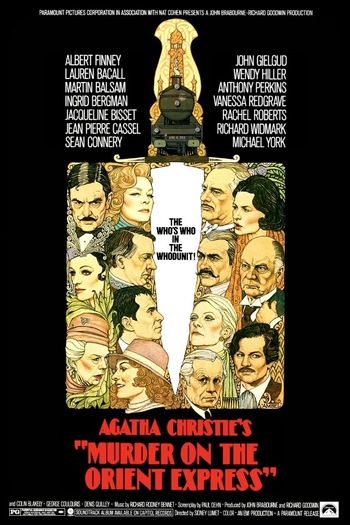 This 1974 film is the first big-screen adaptation of Dame Agatha Christie's mystery novel Murder on the Orient Express, directed by Sidney Lumet and featuring an All-Star Cast headed by Albert Finney as Hercule Poirot.

A murder happens aboard the Orient Express, shortly after the train is forced to stop due to heavy snow blocking the track. Hercule Poirot, the famous Belgian detective who is among the passengers, starts unravelling the mystery, and comes to learn that everyone's a suspect.

Another big-screen, All-Star Cast adaptation, directed by Kenneth Branagh (who also starred as Poirot), was released in 2017.