Film / Murders in the Zoo 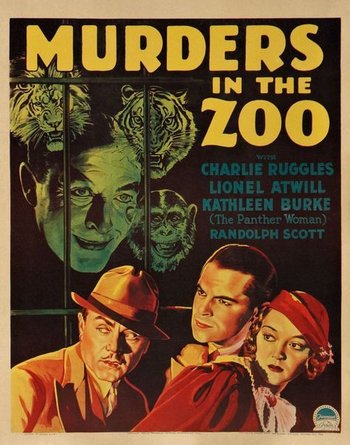 A horror thriller from 1933, starring Lionel Atwill and Randolph Scott.

Eric Gorman is a big game hunter, who is murderously jealous about his wife, Evelyn. After bringing animals to a zoo from one of his expeditions, he ends up committing few murders too many and desperately seeks to clear his tracks.