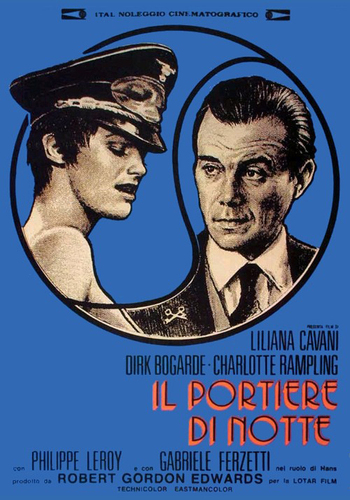 You Can Leave Your Nazi Hat On.
Advertisement:

The film is set in Vienna, thirteen years after World War II, a concentration camp survivor meets Aldorfer, a former Nazi SS officer, now the night porter at a Vienna hotel. There, they fall back into their very ambiguous sadomasochistic relationship. Obviously the film deals with Stockholm Syndrome and all about World War II.

The Night Porter divided criticism: the movie was both celebrated for dealing with the theme of sexual transgression in such an unusual way and, simultaneously, was of course criticized for using the most controversial context, the Nazi Holocaust narrative. However, it is considered Cavani's best work.