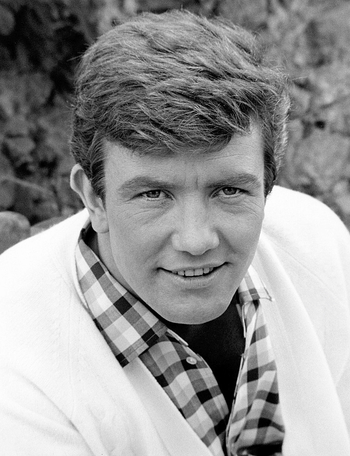 "To be a character who feels a deep emotion, one must go into the memory's vault and mix in a sad memory from one's own life."
Advertisement:

Albert Finney (9 May 1936 – 7 February 2019) was an English actor. He was born in Salford, Lancashire and educated at Tootal Drive Primary School, Salford Grammar School and the Royal Academy of Dramatic Art. His acting career began in the theatre while he was still attending RADA, and subsequently expanded to include television roles (along with television broadcasts of stage plays).

He battled kidney cancer since his diagnosis in 2006, but ultimately died of a chest infection in 2019.

His featured roles include