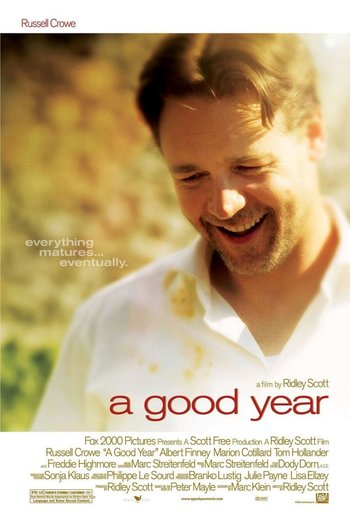 A Good Year is a 2006 British-American comedy-drama film directed and produced by Ridley Scott. The film stars Russell Crowe, Marion Cotillard, Abbie Cornish, Tom Hollander, Freddie Highmore and Albert Finney. The film is loosely based on the 2004 novel of the same name by British author Peter Mayle.

Max Skinner is an unethical yet very successful London-based stockbroker. Following his Uncle Henry's death, Max is the sole beneficiary of his vineyard estate in Provence in south-eastern France. He travels there to prepare a quick sale and make a pretty penny. Shortly after arriving, however, he ends up getting involved in quite the amount of hijinks that make him reevaluate his lifestyle.