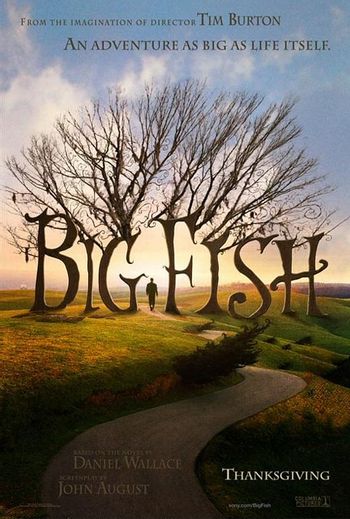 A 2003 fantasy drama film written by John August and directed by Tim Burton, based on the novel by Daniel Wallace.

Will Bloom, a journalist (Billy Crudup), returns home with his wife to visit his dying father Edward (elder played by Albert Finney, younger played by Ewan McGregor). He is displeased to find that his father continues to tell the same old tall tales he's told all his life. Still, he's determined to write his father's story, and searches for some of the people his father crossed paths with. The further he searches, the more he finds that those stories might not be as far-fetched as they once seemed.