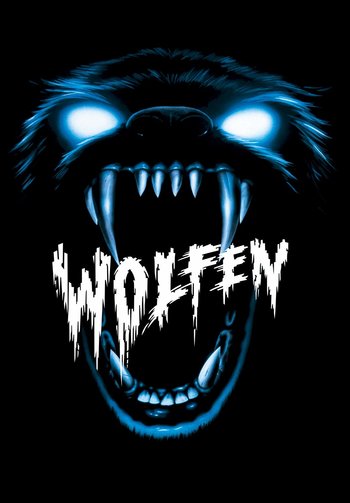 Wolfen is a 1981 horror-mystery film directed by Michael Wadleigh, based upon the novel The Wolfen by Whitley Strieber.

The plot follows NYPD Detective Dewey Wilson (Albert Finney), who is assigned to solve a bizarre series of violent murders in which it appears the victims were killed by animals. In his investigation, Wilson learns of an Indian legend about wolf spirits, and that there may be predatory shapeshifters living in the vicinity.

Released the same year as An American Werewolf in London and The Howling, Wolfen didn't meet the box-office success of those films, although it was well received by critics and has come to be regarded as somewhat of a Cult Classic.

The following tropes can be used to describe the film: