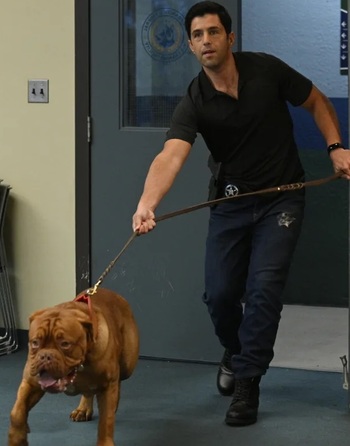 An index of fictional works that focus on or revolve around canines, be they domesticated or wild. To count, the work must feature a dog, or a member of another canine species, as the main protagonist(s), the main threat(s), or otherwise central to the plot; merely having a canine in it doesn't qualify. Expect lots of tropes found under This Index Barks to be featured.

Compare and contrast Feline Fiction, with which this can overlap if the cats and dogs get equal focus (and they often do). Also compare to Werewolf Works.