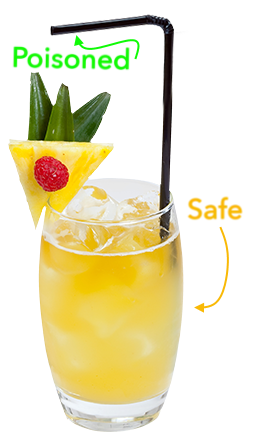 "It was already in the glass, not in the jar."
— Mags Bennett, Justified
Advertisement:

Face it, if someone's a good target for assassination, they almost certainly know it. They'll expect their food to be poisoned. So instead, poison the cutlery, or the glass. That way, when they eat the proven-safe food (or pretend to eat the food they can't risk testing), they'll get the poison that way.

A twist on Tampering with Food and Drink.

Compare and contrast Finger-Licking Poison, where the assassin poisons non-food-related items like book pages, envelopes or postage stamps. May go hand in hand with the Self-Poisoning Gambit, where the poisoner eat or drinks something to lull their target into believing it isn't poisoned.

Not to be confused with a Dirty Fork.