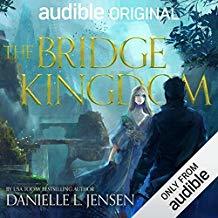 Maridrinian princess Lara was raised in seclusion and trained to become a perfect spy and assassin. Now she is going to marry Aren, king of Ithicana - ostensibly to fulfil the provisions of the peace treaty between the two nations. In reality, however, her job is to infiltrate Ithicana and find the way into the bridge, an imposing structure that allows trade between two continents divided by stormy Tempest Seas.

However, when she arrives in Ithicana, Lara begins to realize that not everything she has been taught is true and she has to make a difficult choice between Maridrina and Ithicana.