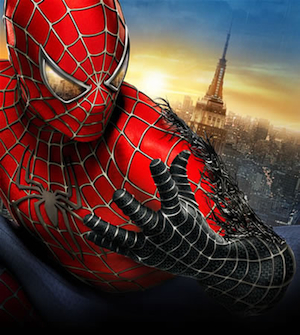 The itsy-bitsy Klyntar crawled up the spider's arm...
"Don't you feel the power? Soon everything will be corrupted. Including you."
— Ghor, Metroid Prime 3: Corruption
Advertisement:

The Corruption is a force of chaos that gives some of its victims a Superpowered Evil Side before (or while) it mutates them into mindless monsters. The Body Horror transformation progresses gradually, and the final result tends to be a hideous, slithering creature which looks like the spawn of an Eldritch Abomination, an Enemy to All Living Things capable of inflicting the Corruption on any creature falling into its tentacled clutches.

In the standard plotline, it will usually infect The Hero at some point. While seeking to cure himself, the infected hero must struggle with malign influence and limit use of the evil powers granted by the Corruption, since using them tends to corrupt him further.

This often works by an interesting rule: Mooks and Red Shirts tend to be turned into raving, mindless beasts/monsters. If the hero or the villain catches it, they get Cursed with Awesome superpowers. Heroic Willpower is probably the reason for this temporary(?) emotional stabilization. Named villains and extras will usually give in to it much more quickly for the powers, and quickly betray humanity because of it. Expect them to get Drunk on the Dark Side and suffer a Super-Power Meltdown because of it. Remember, Evil Is Not a Toy.

Nastier versions require a Mercy Kill. They may, in Dying as Yourself, recover for just a few moments, but only if mortally wounded. Contrast with Power Degeneration, where the cause of eventual death is overuse of superpowers, or simply having them.

In video games, a Non-Standard Game Over may occur when the player is corrupted too much. You can tell you're getting too close to the edge if the PC gets Tainted Veins and Undeathly Pallor.

Often related to The Dark Side. Compare with With Great Power Comes Great Insanity and Evil Makes You Ugly, and contrast The Corrupter, who also does their best to turn other characters evil, but is also a character in their own right, rather than an impersonal force. It's usually represented visually by gaining Volcanic Veins, a Red Right Hand, and a Game Face or even a full on Slow Transformation. Someone with Incorruptible Pure Pureness may be immune to its influence or may become a victim of a metaphysical variant of The Worf Effect, succumbing to show how powerful the Corruption is.

Due to the Body Horror involved, it's a potent source of Nightmare Fuel.

For when the evil force corrupts a location instead of a character, see Evil Tainted the Place. For when the corruption is so resilient that it turns into another creature after being "cleansed", see Residual Evil Entity.

Brushogun, the first supervillain of Tokyo, was once an ordinary artist who longed to see his drawings alive. Using Japanese dark magic, he attempted to make that dream a reality. It worked, but in the process, the darkness stained him and transformed him into the ink generating villain he is today.

Brushogun, the first supervillain of Tokyo, was once an ordinary artist who longed to see his drawings alive. Using Japanese dark magic, he attempted to make that dream a reality. It worked, but in the process, the darkness stained him and transformed him into the ink generating villain he is today.