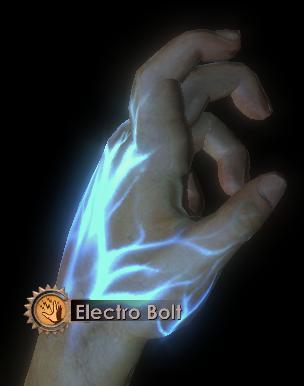 While we appreciate your willingness to donate, we aren't sure whether your blood type is compatible.
Advertisement:

Characters with Volcanic Veins have a form of biological Tron Lines where their veins and arteries will glow intensely from underneath the skin, sometimes even "pulsing" in tune with their heartbeat or as if they had real magma flows inside their bodies. It should come as no surprise when dealing with characters who are elemental embodiments of fire and lava — where it gets interesting is that this can be used for just about any biology and power set. Ice powers? Neon blue jagged veins. Ability to manipulate Pure Energy or Mana? Holy white veins. Control over poisons? Sickly green veins (which you probably really don't want to bleed on you). A Black Magic master who's Drunk on the Dark Side? Malevolent purple veins.

Thanks to Psychoactive Powers the veins will glow proportionally strong to the character's health and emotional state. Much like Eye Lights Out, if the character dies you can expect their Volcanic Veins to "dry up", darken, and maybe even harden like cooling lava. It should be noted that artists may not have done the research and draw Volcanic Veins over places or in directions normal surface veins don't go. In these cases it may be that their "magical chi flow" doesn't necessarily have to be identical to their biological blood flow.

Compare Vein-o-Vision and X-Ray Vision. Contrast Tainted Veins, though Volcanic Veins may be a form of this trope if they're the product of an imminent Heroic RRoD. See also Throat Light.

Jennifer Walters's first transformation into She-Hulk is portrayed as an exhilarated experience, and she uses her new powers to free herself.

Jennifer Walters's first transformation into She-Hulk is portrayed as an exhilarated experience, and she uses her new powers to free herself.