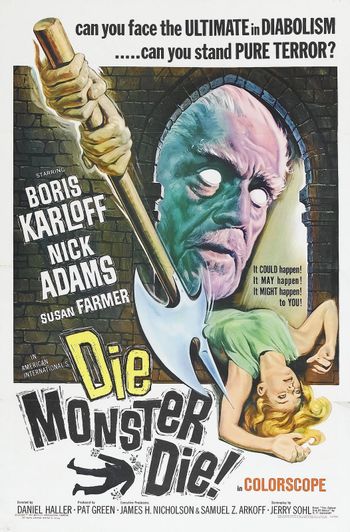 Die, Monster, Die! is a 1965 Sci-Fi Horror film directed by Daniel Haller and starring Boris Karloff. The film is a very, very loose adaptation of H. P. Lovecraft's story "The Colour Out of Space".