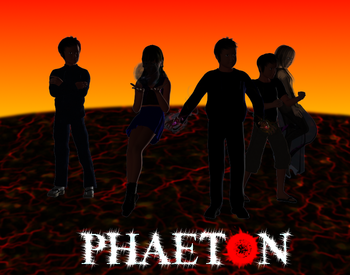 Phaeton is a written Internet series by Trayen Kelly.

A young descendant of an ancient alien race is granted the powers of the osmosoul, which he seeks to know about as much as possible. The new osmovessel explores an insane alternate reality where Differently Powered Individuals are everywhere, the world takes all sorts of reactions to them, and an ancient prophecy which no one person is allowed to know slowly unfolds in front of him.