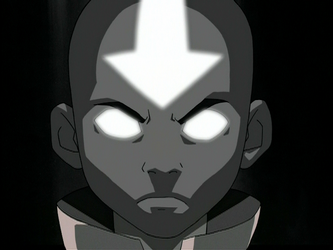 Glowing eyes are a character designer's shorthand for power. Want to show that someone is about to unleash a No-Holds-Barred Beatdown? Give them Glowing Eyes of Doom. Has a robotic creature been activated? Better turn on their Glowing Mechanical Eyes. We all know that Power Glows; presumably since eyes are the windows of the soul, glowing eyes are a good way to show off someone's Life Energy. May be an indication that someone's just triggered their Super Mode. This trope is famous enough Memetic Mutation over it occurred.

This is a supertrope of:

But not all glowing eyes are necessarily one of these.