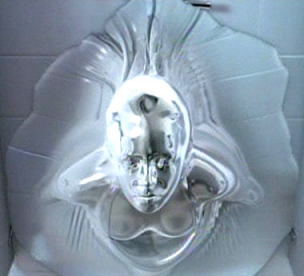 Most commonly, a character is limited to a specific set of one or more "alternate" forms, or a specific "class" of things he can change into (animals, machines, elements, etc.) Sometimes, there's a specific feature that they are unable to conceal, like hair color or voice, that others can use to identify them regardless of what form they are in. If the only thing they are able to change is hair/eye color, they have Kaleidoscope Hair / Eye Colour Change.