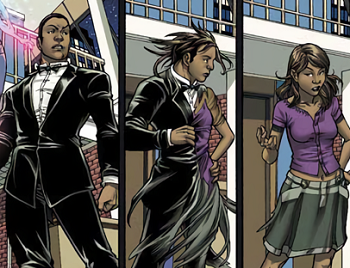 Some species, mostly fish, amphibians, and invertebrates, are capable of changing sexes under certain circumstances. In fiction it is sometimes possible for other creatures, even humans in some cases, to do this as well (and often much faster).

Subtrope of Gender Bender. May involve Bizarre Alien Sexes. Usually a part of any story in which Shapeshifters Do It for a Change.