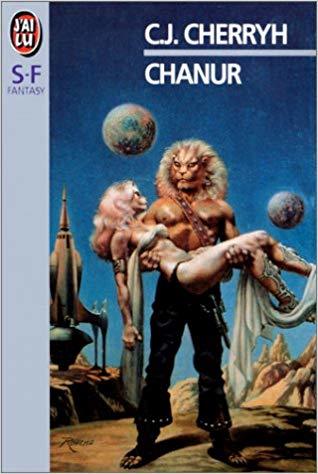 The series is nothing like this.
The Chanur novels are a set of five books by C. J. Cherryh. They all revolve around the Chanur clan, led by political master Pyanfar Chanur, spacefaring members of a species called Hani: anthropomorphic lions to the rest of us. A collection of other bizarre aliens (barely) coexist with them in a loose coalition known as the Compact, and the series consists mostly of political manipulations, conspiracies, and sociopolitical analysis after a single human named Tully escapes from his captors and stows away on the clan's ship at dock. Things get very complicated. It is notable that the lone human is not the viewpoint character, and is always seen through alien eyes in this fine example of Xenofiction.
Advertisement:
Advertisement: