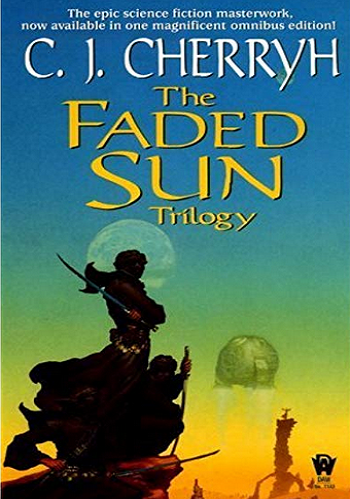 The Faded Sun is a science fiction trilogy by C. J. Cherryh, set in the Alliance/Union 'verse.
Advertisement:

It is devoted to mri, a golden-skinned, golden-eyed species who were considered the galaxy's finest warriors...up until they encountered humans, and found themselves unable to counter their scorched-earth strategy. By the time the series starts, the species is facing extinction, and their only hope of salvation lies in rediscovering their ancient homeworld - a task undertaken by a warrior, a priestess, and a human who swore to aid them.

Entries in the series are: