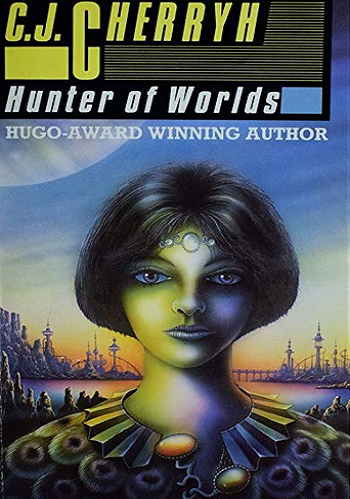 Hunter of Worlds is a 1977 science fiction novel by C. J. Cherryh. It is set in her Alliance/Union 'verse.
Advertisement:

An alien man named Aiela is taken as a servant by a powerful member of the predatory iduve race and technologically mind-linked to two other people (one of them human) for the purpose of resolving an iduve political conflict.